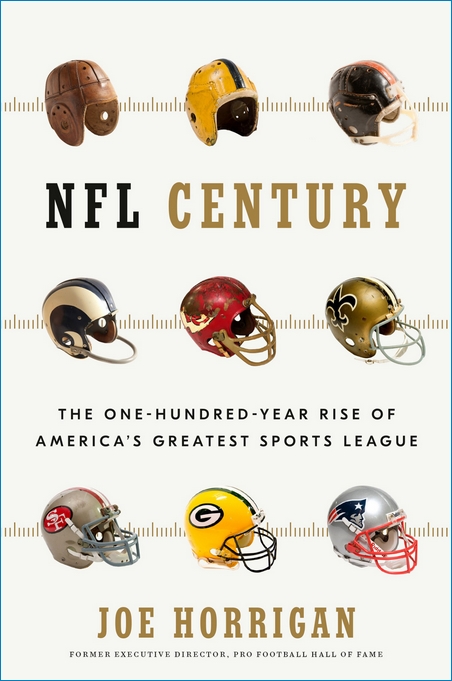 
From the former executive director of the Pro Football Hall of Fame comes a sweeping and lively history of the National Football League, timed to coincide with the NFL’s 100th anniversary season.

"I can think of no one better qualified-or more enthusiastic-to chronicle the National Football League’s century-long history than Joe Horrigan."-Marv Levy, Hall of Fame NFL coach

The NFL has come a long way from its founding in Canton, Ohio, in 1920. In the hundred years since that fateful day, football has become America’s most popular and lucrative professional sport. The former scrappy upstart league that struggled to stay afloat has survived a host of challenges-the Great Depression and World War II, controversies and scandals, battles over labor rights and competition from rival leagues-to produce American icons like Vince Lombardi, Joe Montana, and Tom Brady. It is an extraordinary and entertaining history that could be told only by Joe Horrigan, former executive director of the Pro Football Hall of Fame and perhaps the greatest living historian of the NFL, by drawing upon decades of NFL archives. Compelling, eye-opening, and authoritative, NFL Century is a must-read for NFL fans and anyone who loves the game of football.

How to Make a Million Dollars a Year Flipping Houses