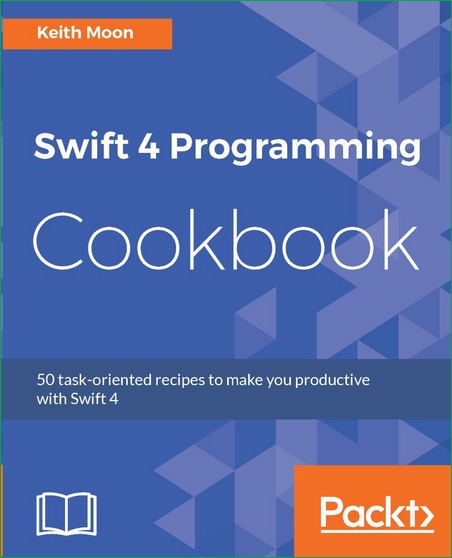 Write robust and efficient code and avoid common pitfalls using Swift 4
Get a comprehensive coverage of the tools and techniques needed to create multi-platform apps with Swift 4
Packed with easy-to-follow recipes, this book will help you develop code using the latest version of Swift

Swift 4 is an exciting, multi-platform, general-purpose programming language. Being open source, modern and easy to use has made Swift one of the fastest growing programming languages. If you interested in exploring it, then this book is what you need.

The book begins with an introduction to the basic building blocks of Swift 4, its syntax and the functionalities of Swift constructs. Then, introduces you to Apple’s Xcode 9 IDE and Swift Playgrounds, which provide an ideal platform to write, execute, and debug the codes thus initiating your development process. Next, you’ll learn to bundle variables into tuples, set order to your data with an array, store key-value pairs with dictionaries and you’ll learn how to use the property observers. Later, explore the decision-making and control structures in Swift and learn how to handle errors in Swift 4.

Then you’ll, examine the advanced features of Swift, generics and operators, and then explore the functionalities outside of the standard library, provided by frameworks such as Foundation and UIKit. Also, you’ll explore advanced features of Swift Playgrounds. At the end of the book, you’ll learn server-side programming aspect of Swift 4 and see how to run Swift on Linux and then investigate Vapor, one of the most popular server-side frameworks for Swift.

What you will learn

Explore basic to advanced concepts in Swift 4 Programming
Unleash advanced features of Apple’s Xcode 9 IDE and Swift Playgrounds
Learn about the conditional statements, loops, and how to handle errors in Swift
Define flexible classes and structs using Generics, and learn about the advanced operators, and create custom operators
Explore functionalities outside of the standard libraries of Swift
Import your own custom functionality into Swift Playgrounds
Run Swift on Linux and investigate server-side programming with the server side framework Vapor

Keith Moon is an award-winning iOS developer, author and speaker based in London. He has worked with some of the biggest companies in the world to create engaging and personal mobile experiences. Keith has been developing in Swift since its release, working on projects both fully Swift, and mixed Swift and Objective-C. Keith has been invited to speak about Swift development in conferences from Moscow to Minsk and London.