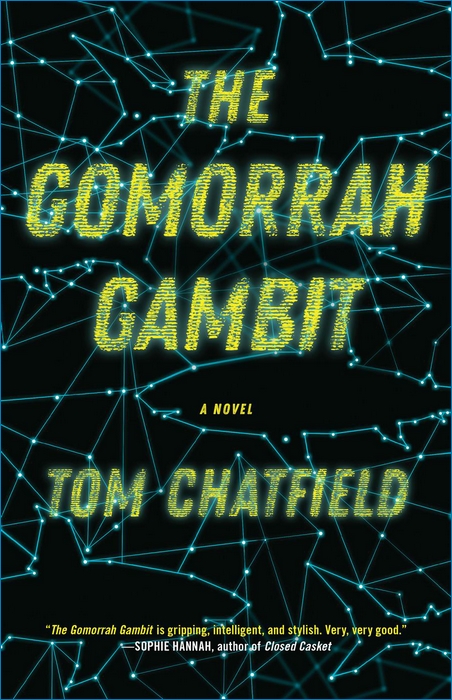 
With dark technology hollowing out global privacy, an elite hacker enters the belly of the beast in this "gripping, intelligent, and stylist" international conspiracy thriller (Sophie Hannah, author of Closed Casket).

Azi Bello is an amiable outsider with a genius for hacking. Having spent the better part of his life holed up in a shed in his backyard, Azi has become increasingly enmeshed in the dark side of the internet. With the divide between online and offline worlds vanishing, so too is the line between those transforming civilization through technology and those trying to bring it to its knees. Dark networks rule. Someone with the right connections can access to anything imaginable, and power is theirs for the taking-although even they can’t know what kind of bargain they’ve struck.

Tipped off by a secretive young woman named Munira, Azi sets out to unravel the mysterious online marketplace known as Gomorrah, sacrificing his carefully constructed privacy in the process. Munira’s life is spiraling out of control: her cousins recruited to work for a terrorist state that’s hunting them both, her destiny in Azi’s hands. Her desperation drags Azi into the field where, working together, the two uncover an unimaginable conspiracy.

As pressure mounts, Azi has no choice but to take on the ultimate infiltration. In an age when identities can be switched at will and nobody is who they seem, how far will he go to end the nightmare?

The Old Stones of Ireland: A Field Guide to Megalithic and Other Prehistoric Sites

The Come as You Are Workbook: A practical guide to the science of sex