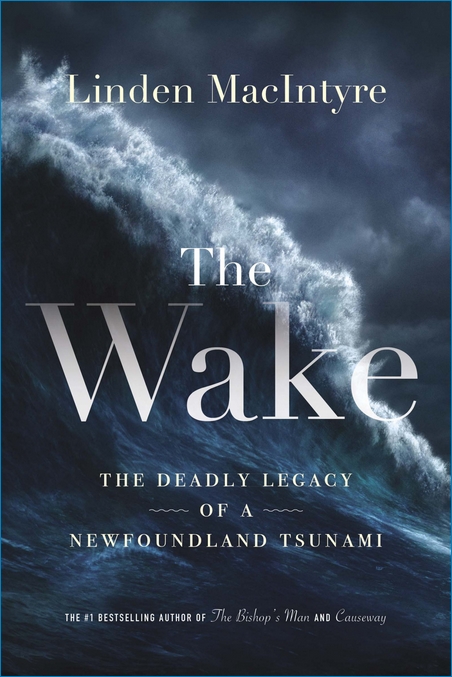 On November 18, 1929, a tsunami struck Newfoundland’s Burin Peninsula. Giant waves, up to three storeys high, hit the coast at a hundred kilometres per hour, flooding dozens of communities and washing entire houses out to sea. The most destructive earthquake-related event in Newfoundland’s history, the disaster killed twenty-eight people and left hundreds more homeless or destitute. It took days for the outside world to find out about the death and damage caused by the tsunami, which forever changed the lives of the inhabitants of the fishing outports along the Burin Peninsula.

Scotiabank Giller Prize-winning writer Linden MacIntyre was born near St. Lawrence, Newfoundland, one of the villages virtually destroyed by the tsunami. By the time of his birth, the cod-fishing industry lay in ruins and the village had become a mining town. MacIntyre’s father, lured from Cape Breton to Newfoundland by a steady salary, worked in St. Lawrence in an underground mine that was later found to be radioactive. Hundreds of miners would die; hundreds more would struggle through shortened lives profoundly compromised by lung diseases ranging from silicosis and bronchitis to cancer. As MacIntyre says, though the tsunami killed twenty-eight people in 1929, it would claim hundreds if not thousands more lives in the decades to follow. And by the time the village returned to its roots and set up as a cod fishery once again, the stocks in the Grand Banks had plummeted and St. Lawrence found itself once again on the brink of disaster.

Written in MacIntyre’s trademark style, The Wake is a major new work by one of this country’s top writers.

The Natural Home: Simple, Pure Cleaning Solutions and Recipes for a Healthy House

The Experience-Centric Organization: How to Win Through Customer Experience