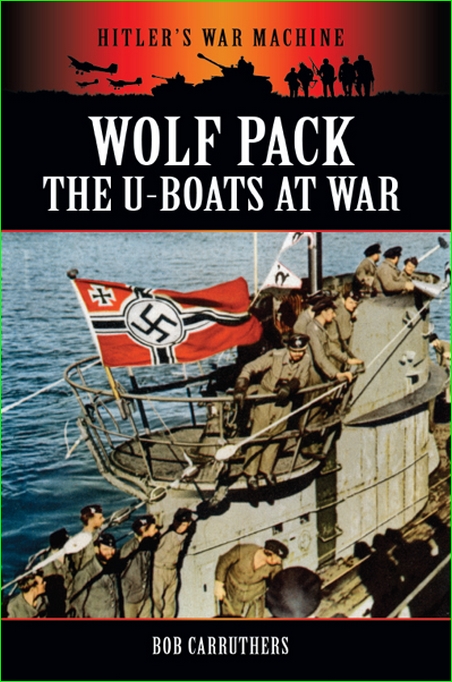 
"Once you heard that pinging sound you knew they had got to you, then the depth charges came. Terrible, just terrible." Kurt Wehling, u-boat survivor The steel coffins was the name given to the U-boats of the Kriegsmarine by their own crews. Their fatalistic view of the war was certainly justified; it is estimated that seventy-five per cent of the 39,000 men who sailed in the U-boat fleet paid the ultimate price as the tide of war turned inexorably against Hitler’s Germany. This is the illustrated history of the U-boat war from the perspective of the men who sailed into battle in the service of the Third Reich.

Drawing heavily on the accounts of the last remaining survivors, ‘The U-boat War’ traces the grim story of the rise and fall of the grey wolves. The memories of the brief days of the "happy times" of superiority and success were soon replaced by the stark terror of the enfolding nightmare as the realisation dawned that the hunters had become the hunted. Written by Emmy award winning author Bob Carruthers, this powerful account of the U-boat war features extensive personal recollections, rare photographs and extracts from contemporary propaganda magazines producing a vivid picture of what it meant to fight beneath the waves.