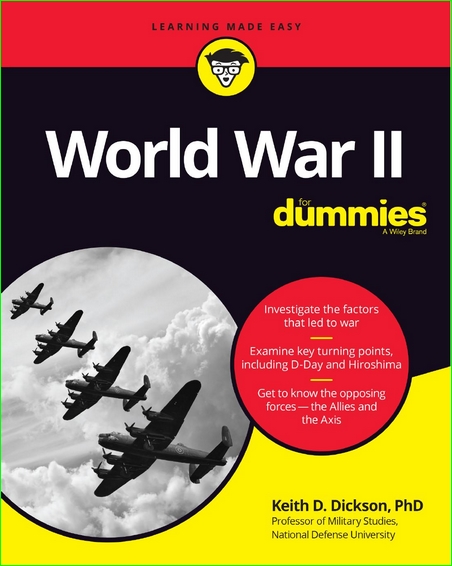 
Accurate and easily accessible, World War II For Dummies will help you explore a war that defined and shaped the world we live in today. You’ll discover all the players-individuals as well as nations-who participated in the war and the politics that drove them. Battle by battle, you’ll find out how the Axis powers initially took control of the war and how the Allies fought back to win the day.

World War II For Dummies also covers:
• The origins and causes of World War II
• The rise of Hitler and the Third Reich
• How the war was handled in the U.S.
• Germany’s invasion of Poland, France, Denmark, Norway, Belgium, and Luxembourg
• Great Britain’s refusal to surrender after forty-two days of German aerial bombardment
• The United States’ entrance into the war after Japan bombed Pearl Harbor
• The Allied invasion of Normandy (D-Day)
• Germany’s last-ditch effort to stop the Allies at the Battle of the Bulge
• The use of the atomic bomb on Hiroshima and Nagasaki