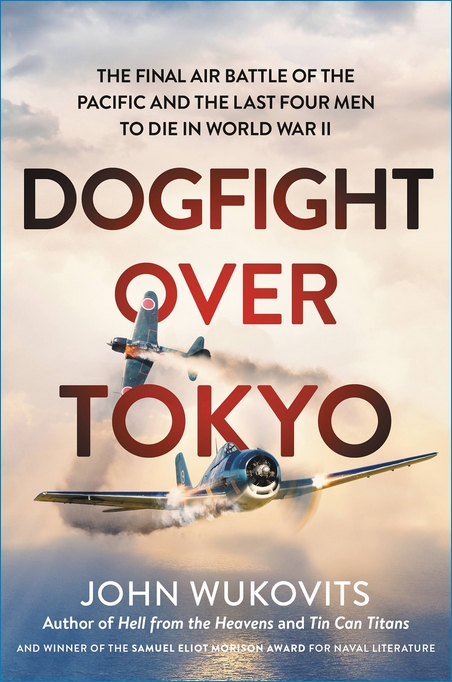 When Billy Hobbs and his fellow Hellcat aviators from Air Group 88 lifted off from the venerable Navy carrier USS Yorktown early on the morning of August 15, 1945, they had no idea they were about to carry out the final air mission of World War II. Two hours later, Yorktown received word from Admiral Nimitz that the war had ended and that all offensive operations should cease. As they were turning back, twenty Japanese planes suddenly dove from the sky above them and began a ferocious attack. Four American pilots never returned-men who had lifted off from the carrier in wartime but were shot down during peacetime.

Drawing on participant letters, diaries, and interviews, newspaper and radio accounts, and previously untapped archival records, historian and prolific author of acclaimed Pacific theater books, including Tin Can Titans and Hell from the Heavens, John Wukovits tells the story of Air Group 88’s pilots and crew through their eyes. Dogfight over Tokyo is written in the same riveting, edge-of-your-seat style that has made Wukovits’s previous books so successful. This is a stirring, one-of-a-kind tale of naval encounters and the last dogfight of the war-a story that is both inspirational and tragic.

Inside Aviation Photography: Techniques for In the Air & On the Ground

The Aeronauts: Travels in the Air, Media tie-in Edition